A Plethora Of Opportunities

The representative sectors that we have seen capitalizing on the peace accord in only a few months since its signing are comprehensive and span across a broad spectrum. There are notable and obvious ones such as travel and hospitality and integral yet less apparent industries such as shipping and logistics, which is especially important for transporting kosher food from Israel to the UAE.

Unsurprisingly, the most active sector we see to date is that of kosher hospitality. Even amid the pandemic, there are already various kosher food options in the two largest emirates, Abu Dhabi and Dubai. We expect this sector activity to increase dramatically, especially as we are on the cusp of global travel restarting due to the vaccines beginning their rollout as of this writing.

As Israel is a high-tech and cybersecurity leader, there has been a significant business in this realm. The UAE conducts significant security-related purchases, and Israel will play a leading role in this regard. Numerous countries are hostile to the UAE in the broader Gulf region, including Iran and perhaps Qatar. To illustrate, they suffered a cyberattack that was reportedly in response to their peacemaking with Israel.

Since the agreement, there are countless other tech-related developments, including a fiber optic cable that will pass through Saudi and Israeli territory that would have previously been difficult. 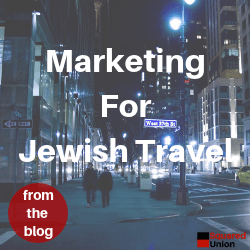 Private equity and venture capital outfits on both the Israeli, UAE, and perhaps even the American side are also capitalizing on the peace accord.

OurCrowd, a diversified venture and early-stage investing platform headquartered in Jerusalem, Israel, has been one of the most active from our view. Sabah Al-Binali joined as a partner at OurCrowd in October 2020, shortly after the accord was signed. Based in the Gulf, Al-Binali has touted some of the most significant opportunity areas in editorials and webinars that speak to the synergistic aspects of the economies of both Israel and the United Arab Emirates.

There have been several subsequent extremely friendly and encouraging overtures since the agreement as well. Initially, there was hesitancy and somewhat of a reserve as to the extent of the relationship. For example, while there is peace with Egypt and Jordan, business transactions in either of those countries are not very common, and the environment, by all accounts, is quite hostile. While we are in the beginning stages, the UAE is taking a completely different approach, at least so far. These signals include a revamping of companies’ foreign ownership rules in the UAE, which required an Emirati shareholder, among other favorable changes to the law. There are also smaller yet significant steps, such as the Hebrew version of the official Abu Dhabi investment website.

If there are no hiccups, which only those naive about the middle east would entirely discount, and everything goes well, the Abraham Accord is just the beginning. It is unclear if and when, and it is essential to stress, many variables can change the dynamic, but Saudi Arabia has also been making moves to warm relations with Israel. These overtures include allowing Israeli commercial flights to fly in their airspace and a secret meeting between the Crown Prince, Mohammed bin Salman (MBS), and the Israeli PM, Benjamin Netanyahu, in the next-gen Saudi city called Neom.

Further, the development of business activity has been dramatically stunted due to the pandemic. When the pandemic is resolved, we expect movement on the business front to go into overdrive. One Israeli business executive was quoted saying, “Israel will soon become a central axis for trade, just like it was during the Ottoman Empire.” It is undoubtedly an exciting time for Israel, the UAE, and the region. There are many great opportunities, and for the first movers who manage to navigate strategically, there is a distinct advantage.

In conjunction with our full suite of complementary services and robust on the ground network, our Israel Marketing Practice makes us well situated to assist in taking advantage of crossover opportunities between Israel and the UAE.

contact us to find out how we can help you capitalize on ISRAEL-UAE OPPORTUNITIES
We use cookies on our website to give you the most relevant experience by remembering your preferences. By clicking “Accept All”, you consent to the use of cookies.
Cookie SettingsAccept All
Manage consent

This website uses cookies to improve your experience while you navigate through the website. Out of these, the cookies that are categorized as necessary are stored on your browser as they are essential for the working of basic functionalities of the website. We also use third-party cookies that help us analyze and understand how you use this website. These cookies will be stored in your browser only with your consent. You also have the option to opt-out of these cookies. But opting out of some of these cookies may affect your browsing experience.
Necessary Always Enabled
Necessary cookies are absolutely essential for the website to function properly. These cookies ensure basic functionalities and security features of the website, anonymously.
Functional
Functional cookies help to perform certain functionalities like sharing the content of the website on social media platforms, collect feedbacks, and other third-party features.
Performance
Performance cookies are used to understand and analyze the key performance indexes of the website which helps in delivering a better user experience for the visitors.
Analytics
Analytical cookies are used to understand how visitors interact with the website. These cookies help provide information on metrics the number of visitors, bounce rate, traffic source, etc.
Advertisement
Advertisement cookies are used to provide visitors with relevant ads and marketing campaigns. These cookies track visitors across websites and collect information to provide customized ads.
Others
Other uncategorized cookies are those that are being analyzed and have not been classified into a category as yet.
SAVE & ACCEPT